which felt quite good, after last nights run, on which I missed two reps for a toilet break!

Came across this and I though it was informative and fun; 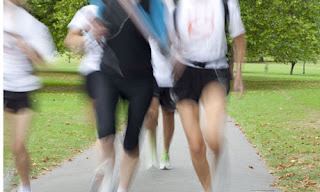 Rather depressing itself article in The Guardian (UK) today about a study which found that exercise was not an effective treatment for depression. This goes against most of the former evidence the article can be found here.  There is a bit of a follow up discussion here as well.  The original study can is in the BMJ.  The thing about science is it is all about accepting the best evidence even if it goes against what you would like it to be, and for the moment this appears to be the best evidence! Here is a look at possible shortcomings in the study which made shed some light at the findings.
Posted by Phd Blogger at 10:20 1 comment:

Went to spin this morning but still feeling a bit fatigued.  Couldn't really get my heart rate over 140 and legs weren't too good.  So not the best spin session I've ever been to but I still felt better after it than before.  And then I ran (slowly) home after teaching bootcamp.

Yesterday I envisaged riding a nice, easy 50 mile bike ride, instead I ended up doing this: 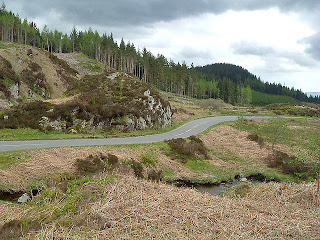 Which at 82 miles was a bit harder and faster than my plan, and we went over most of the bigger hills in our area.  Apart from an emergency pit stop in a garage to refuel I just about made it, though my two ridding buddies were much fitter than me.  Next time I think I will take it easy as planned!  The details of the ride above are my first experience of using Strava premium to analyse bike rides.  I will let you know how useful i find it! Today then is a rest day, or a day at work if you prefer!
Posted by Phd Blogger at 22:37 No comments:

This article is of interest to me as it combines physical activity, in this case, pedometer step counts and comparison.  The author used Facebook as a means of enabling participants to compare their step counts with those of others in a workplace group.  The intervention reports that the comparison opportunities led to the participants increasing their step counts.  Overall the paper investigates an area of interest to me and its useful for my research.  I do find it a little strange that given the subject of the paper that it makes no reference to Social Comparison Theory or any other theory in  contextualising the findings.  There are few papers which combine physical activity and social comparison and i think an opportunity was missed here!

You can read the full paper below; 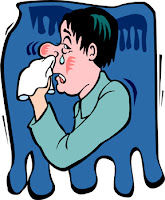 Reported all over the place last week here in the UK.  Read the original paper!

Conclusions, Perceived physical fitness and frequency of aerobic exercise are important correlates of reduced days with URTI and severity of symptoms during the winter and fall common cold seasons.

I will be attending the Division of Sport and Exercise Psychology conference which is being held in London on 9/10th December 2010, full details are here. I get to sit on the DSEP committee as a representative as a result of being on the committee  of  PSYPAG, (Psychology Postgraduate Affairs Group). Psypag are a great organisation for Psychology postgraduates and currently have several bursary scheme for UK postgraduate students, details here.  At the conference I will be manning the Psypag stand for at least one of the days so pop over and join the mailing list!

PsyPAG maintains a JISCmail list open to ALL psychology postgraduate students and is located here. This list is a fantastic resource for support and advice regarding your research, statistical advice or postgraduate issues.

Useful paper I found this week;

Intrinsic and Extrinsic motivation for exercise

OK, so when was the last time you saw a public health campaign which tried to increase physical activity levels by targeting intrinsic motivations to exercise? I personally cant think of any I've seen!  Motivation for exercise can be defined as intrinsic or extrinsic.  Intrinsic motivations for exercise are behaviours that are performed for the satisfaction gained in the activity itself.  Deci and Ryan (1985) argue that intrinsic motivations are commonly those of competency, interest and enjoyment.  I exercise because it makes me feel good and I enjoy it, however most campaigns to increase PA are of the loose weight and keep healthy variety.   Deci and Ryan (2000) identified that activities which are pursued primarily for being enjoyable and interesting are known to be intrinsically motivating the reward is taking part in the activity itself!

Extrinsic motivations for exercise include are those behaviours which are performed rewards that are external.  This would include outcomes such as getting fitter, improving appearance, weight loss or ‘toning up’.  This is taking part in an activity for reasons other than the activity itself (Taylor, Ntoumanis, Standage & Spray, 2010).  This where almost all public campaigns to increase physical activity are targeted with limited success.   Ryan et al., (1997) examined exercise adherence with regard to intrinsic and extrinsic motivation.  Although motivation to exercise includes both intrinsic and extrinsic elements Ryan et al., (1997) reported that body related (extrinsic) motivations were negatively related to hours per week exercise participation and workout length, whereas enjoyment and competence were positively to these measures.  It would appear that intrinsic motivation is a requirement of continued exercise adherence and may become even more important as the timeframe of the adherence behaviour continues.  Even motivations for PA such as aiming to lead a healthy lifestyle would be viewed as extrinsic as they are being pursued for reasons other than performing the activity itself.  This is important as the public messages to encourage the uptake of physical activity and exercise are generally aimed at extrinsic motivators, i.e. weight loss, to improve body image and to improve health status.  Very few public health messages try to convince the audience that physical activity is fun and perhaps an end in itself.  Sports participation has been shown to be more likely to be motivated by intrinsic motivators such as fun and enjoyment, whereas exercise is more often linked to extrinsic motivators such as weight loss, appearance and stress management and that this difference leads to different rates of adherence (Kilpatrick et al., 2005).  Most participants in sport and exercise are likely to be motivated both intrinsically and extrinsically to a greater or lesser degree.  Researchers argue that for long term adherence extrinsic motive must be replaced by intrinsic motives i.e. enjoyment and competency or individuals are unlikely to persist in behaviour (Brawley & Vallerand, 1984: Wankel, 1993).   Many exercise interventions appear to attempt to engage individuals only at a level which appeals to extrinsic motives only such as improving fitness or appearance; this in light of the previous research has implications the success of campaigns tartgeting only intrinsic motivations for exercise.